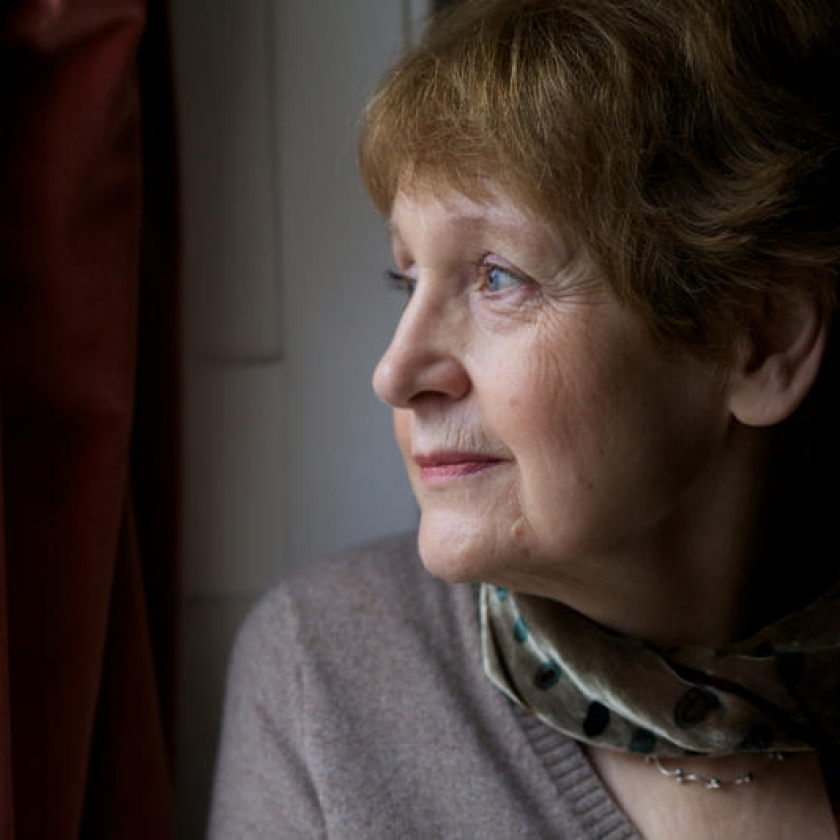 I said I liked classical music.
It wasn’t exactly a lie.
I hoped he would get the impression
That my brow was acceptably high.

I said I liked classical music.
I mentioned Vivaldi and Bach.
And he asked me along to this concert.
Here we are, sitting in the half-dark.

I was thrilled to be asked to this concert.
I couldn’t care less what they play
But I’m trying my hardest to listen
So I’ll have something clever to say.

When I glance at his face it’s a picture
Of rapt concentration. I see
He is totally into this music
And quite undistracted by me.

She said she liked classical music.
I implied I was keen on it too.
Though I don’t often go to a concert,
It wasn’t entirely untrue.

I looked for a suitable concert
And here we are, on our first date.
The traffic was dreadful this evening
And I arrived ten minutes late.

So we haven’t had much time for talking
And I’m a bit nervous. I see
She is totally lost in the music
And quite undistracted by me.

In that dress she is very attractive –
The neckline can’t fail to intrigue.
I musn’t appear too besotted.
Perhaps she is out of my league.

Where are we? I glance at the programme
But I’ve put my glasses away.
I’d better start paying attention
Or else I’ll have nothing to say.

“But I’m trying my hardest to listen
So I’ll have something clever to say.” I said I liked classical music.

The poem starts off with an anecdote taken from what we assume is their first date.

It wasn’t exactly a lie.

This line implies that it was, in fact, a lie. However, it also shows that she is looking back on the lie and making herself try to feel better about it.

I hoped he would get the impression

The word ‘hoped’ conveys her eagerness to impress her date.

That my brow was acceptably high

‘Highbrow’ suggests that she is trying to give off a more intellectual version of herself to be ‘acceptable’ for him. ‘Acceptable’ is quite a negative word choice, implying that the man will discard her if he doesn’t view her as intelligent enough.

I said I liked classical music.

The repetition of this line suggests that this little lie is more significant than on initial inspection, hence, it merits further elaboration.

I mentioned Vivaldi and Bach.

She name-drops ‘Vivaldi’ and ‘Bach’ to add credibility to her claim and add emphasis to her well-cultured façade.

And he asked me along to this concert.

The conjunctive ‘and’ adds flow and progression to the narrative and their relationship. ‘This concert’ tells us that she doesn’t really care about the ‘concert’ as she doesn’t state the name.

Here we are, sitting in the half-dark.

‘Half-dark’ can be interpreted literally and as a metaphor for the limited knowledge, they have about each other.

I was thrilled to be asked to this concert.

We already know that she is not passionate about the music so she must be ‘thrilled’ to spend more time with the man.

I couldn’t care less what they play

This further emphasises her lack of interest in the concert and classical music as a whole.

But I’m trying my hardest to listen

The phrase ‘trying my hardest to listen’ makes it seem like a chore for her to even follow the music – imagine what her attempting to talk about it must be like.

So I’ll have something clever to say.

Again, she will go through this chore and put up this façade with one motivation – to impress him. Without, any knowledge of the man yet it paints a picture of him as imperious and condescending.

When I glance at his face it’s a picture

She ‘glances’ at him hoping to make eye contact and affirm their connection but this doesn’t happen.

Of rapt concentration. I see

He is totally into this music
And quite undistracted by me.

These 3 lines are Cope playing between the competition of the music and the woman for the man’s attention. It’s ironic – what the woman thought would attract him to her now seems to be consuming his attention that she wants upon her.

She said she liked classical music.

1st Date – He gives the beginning of their relationship from the man’s perspective and mirrors the opening line of 1st Date – She.

I implied I was keen on it too.

The first two lines describe the woman introducing the conversation about classical music and the man just kind of following along.

Though I don’t often go to a concert,
It wasn’t entirely untrue.

So he’s also told a little lie in an effort to impress her. This whole situation that Cope has created is humorous and ironic – both of them, aiming to impress each other, find themselves concentrating on music that they are not passionate about and lose connection with each other as a result.

I looked for a suitable concert

He is taking control to find a ‘suitable concert’. One interpretation could be his willingness to impress her is greatest; hence, he attempts to put in the most effort finding the concert. It could also be said to mirror the patriarchal society of the time.

And here we are, on our first date.

Despite neither’s love of classical music, both are committed to each other – an incentive to sit through the concert and not back out.
The traffic was dreadful this evening

And I arrived ten minutes late.

The tone shifts to one of negativity as one of the worst nightmares that could happen on a first date strikes.

So we haven’t had much time for talking

This line illustrates the negative implications of choosing the concert – they don’t have much time to talk and get to know each other. It’s ironic, what she hoped to instigate their connection actually detracts from it. His being ‘late’ compounds this issue.

And I’m a bit nervous. I see

Cope taps into her totally relatable experiences of first dates and the ‘nerves’ that go with them. Cope has engineered this whole poem to be relatable to the ‘dating demographic’.

She is totally lost in the music
And quite undistracted by me.

These two lines repeat the last two lines of 1st Date She and give a humorous insight into how they misread each other and try to conceal their true lack of passion for the music. The irony repeats as we learn both try and get glimpses of the other’s attention but fail and feel dejected as a result.

In that dress she is very attractive –
The neckline can’t fail to intrigue.

Not finding much interest in the music, the man is, contrary to what the woman thought in ‘1st Date – She’ very much distracted by her attractive nature, Especially her ‘neckline’ which subtly portrays the sexual element to his attraction.

I musn’t appear too besotted.

Perhaps she is out of my league.

The man is sceptical to focus too much on her, fearing that she is ‘out of his league’ which is personified by her apparent fascination of classical music.

Where are we? I glance at the programme

This rhetorical question captures his equal disinterest in the concert, just how the woman described it as ‘this concert’ or ‘this music’ to convey her indifference to the music. ‘Glance’ is repeated again and signifies a brief, hurried look and, in this case, demonstrates his worry that he hasn’t been focusing on the concert.

But I’ve put my glasses away.

The man realises that he can’t even read the programme because he’s ‘put his glasses away’. The odds do seem to be stacked against him and, with hindsight, maybe the woman in ‘1st Date – She’ did end up focusing more interest on the concert and sharing the more intelligent remarks post-concert.

I’d better start paying attention
Or else I’ll have nothing to say.

These two lines reflect but don’t fully repeat the following two lines in ‘1st Date – She’:

“But I’m trying my hardest to listen
So I’ll have something clever to say.”

The differences between each set of lines is subtle but very significant. It is worth noting that, whilst the woman is attempting to try her ‘hardest to listen’ (implying that she was already listening, albeit less intently, naturally), he is attempting to ‘start to pay attention’ – implying that before he wasn’t paying attention at all. The woman is motivated to listen so she’ll have ‘something clever to say’, whereas the man just wants something to say – it doesn’t matter whether it’s clever or not. This shifts the tables on their relationship that was portrayed in ‘1st Date – She’ as, although neither are particularly ‘highbrow’ this narrative suggests she is the most ‘highbrow’ of the two.

My Father Would Not Show Us, Ingrid de Kok Poem Analysis/Annotations