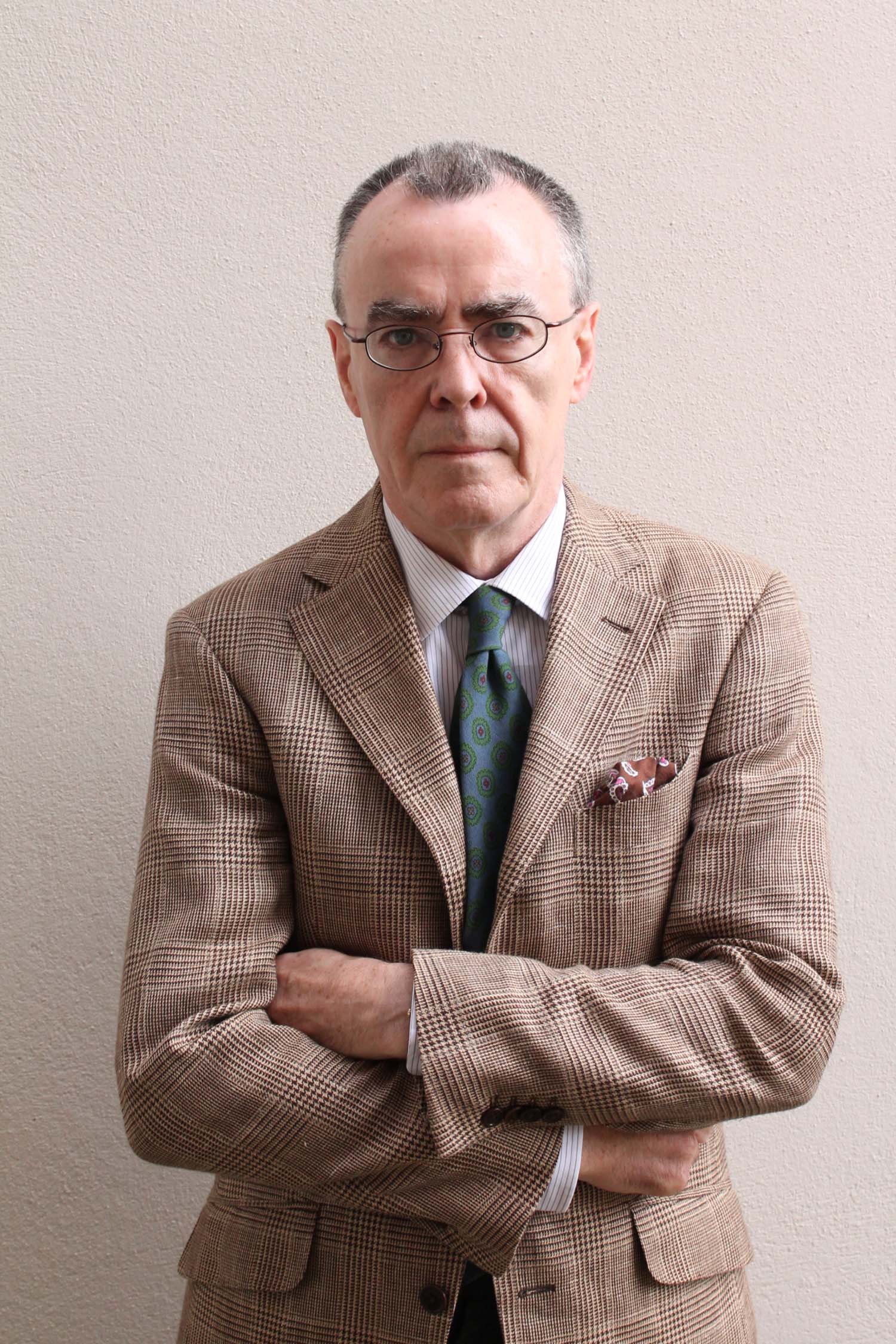 Suddenly as the riot squad moved in it was raining exclamation

Nuts, bolts, nails, car-keys. A fount of broken type. And

Itself ― an asterisk on the map. This hyphenated line, a burst

I was trying to complete a sentence in my head, but it kept

All the alleyways and side streets blocked with stops and

I know this labyrinth so well — Balaklava, Raglan, Inkerman,

Why can’t I escape? Every move is punctuated. Crimea Street.

A fusillade of question-marks.

Suddenly as the riot squad moved in it was raining exclamation marks,

The poem begins in media res with the riot squad moving in. The effect is to plunge the reader immediately into the terror and violence of the riot.  The allegory of Carson using punctuation to portray the violence begins as he describes it as ‘raining exclamation marks’.

Nuts, bolts, nails, car-keys. A fount of broken type. And the explosion

The list of ‘nuts, bolts, nails, car-keys’ are images of the homemade missies being thrown in the riot. The list features asyndeton to portray the rapid brutality of the riot and creates a sound like gunfire when spoken. The lack of conjunctives illustrates the unrelenting nature of the violence.

Itself – an asterisk on the map. This hyphenated line, a burst of rapid fire . . .

To understand this language we must reflect on the asterisk and its uses. It is used to mark significance in a piece of text. Carson relates this idea of significance to an ‘explosion’. Carson creatively comments on the caesura of this line here as well – saying that the hyphen gives the spoken narrative a choppiness just like a ‘burst f rapid [machine gun] fire’.

I was trying to complete a sentence in my head, but it kept stuttering,

The narrator’s inability to ‘complete a sentence in [his] head’ is a metaphor for the chaos and irrationality of the riot and the disorientating effect this is having on his composure. The word ‘stuttering’ reinforces this idea, whilst conveying the harsh sounds of the battlefield (links to ‘rapid fire’) as it is onomatopoeic for machine gun fire.

All the alleyways and side-streets blocked with stops and colons.

The allegory of using punctuation to symbolises the horrors of the riot continues here. Carson identifies how full ‘stops’ and ‘colons’ act like a barrier between two sentences or clauses in literature and transfers this to barriers, likely scattered debris, to the riot-torn streets.

Note the shift from past to present tense that occurs in the second stanza. This has the effect of strengthening the reader’s connection with the narrator and making his thoughts seem more pivotal.

Why can’t I escape? Every move is punctuated. Crimea Street. Dead end again.

The rhetorical question creates a tone of desperation. The short, heavily punctuated, sentences, once again, give a choppy quality to the narrative. Now, this choppiness seems to signify the distress and his desperation to escape the riot.

A Saracen, Kremlin-2 mesh. Makrolon fae-shield. Walkie-talkies. What is

To signify the war-like brutality of the riot, Carson includes a list of things synonymous with war – at first look we can see how the ‘shield’ and ‘walkie-talkies’ fit here. However, diving deeper ‘A Saracen’ is a word used by Christians in the medieval ages for Muslims. In these times conflict between both religious groups was harsh and frequent – hence, the violent connotations which Carson captures.

The poem ends in a state of disarray and confusion. The repetition of rhetorical questions and the ‘fusillade of question-marks’ make the poem unresolved which is a metaphor for the continuation of the riot and the narrator being trapped within it.